James Douglas and the Colony of British Columbia 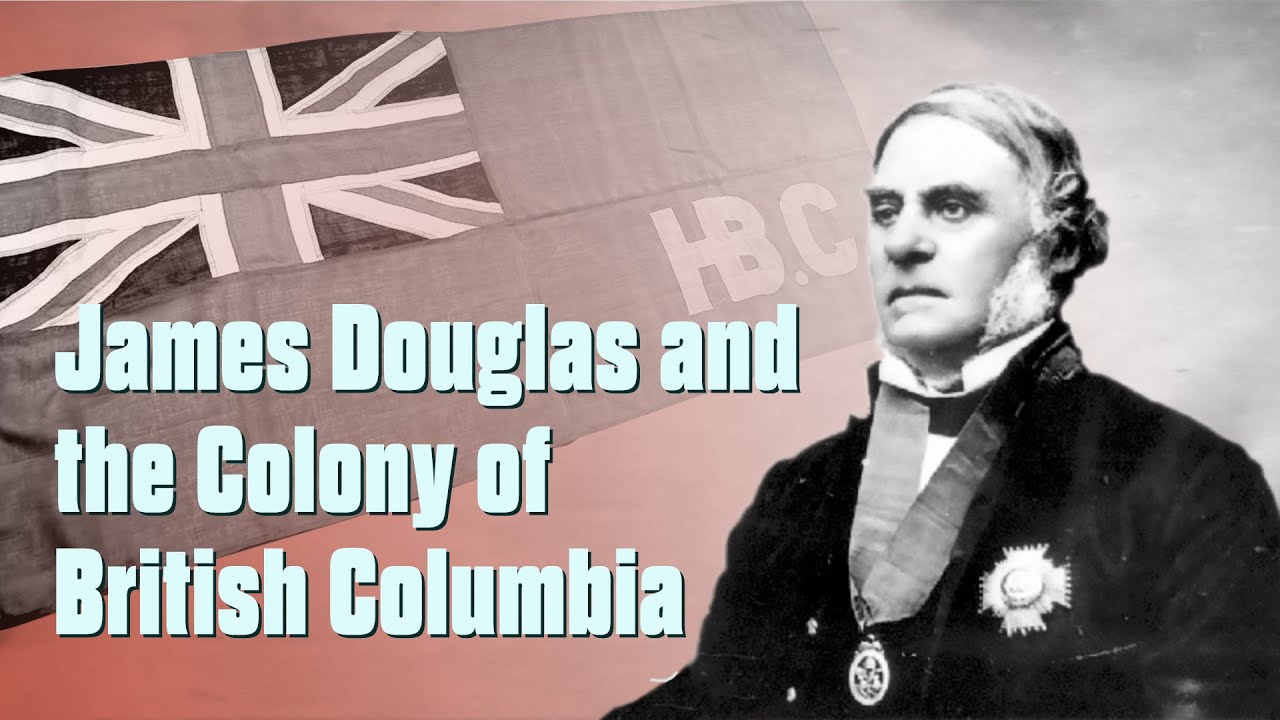 The Colony of British Columbia was established in 1858 after 30,000 fortune seekers from the US crossed the 49th parallel and fought their way up the Fraser River against native resistance. Up until that time there had been no settlers, no military and no religious missions on the entire mainland of what is now British Columbia.

Unlike other parts of North and South America, First Nation communities and cultures remained intact because of the unusual governance structure in western and northern British North America.

The Hudson’s Bay Company was the legal government and they had a “no settlement policy” for employees who were obligated to return to Montreal every few years to get paid. According to the 1763 Proclamation of King George Third, First Nations were sovereign although the Company enforced the British anti-slavery laws and intervened to stop inter-tribal warfare.

The presence of US settlers had already resulted in a loss of territory below the 49th parallel. There was a real chance that with no British settlers the territory would be annexed. The Aborigines Protection Society was a politically powerful organization based in London. It was generally against colonies but it supported them in South Africa and British Columbia because they thought the alternative was worse for aboriginal people. They urged the British government to act.

Herman Merivale, a Professor at Oxford, was a fierce critic of British colonies and he was recruited head the Colonial Secretariat. He worked with the Minister Edward Lytton to implement best practices in establishing the Colony of British Columbia. A key part of this formula was to appoint a Governor who was not beholden to a Democratic legislature who was personally committed to creating adjust society for all.

James Douglas was part black, married to an aboriginal woman, he spoke the Chinook Jargon trade language and had already successfully opposed the legislature in Victoria which had wanted to remove the local Songhees reserve. He was appointed first Governor of British Columbia and he and Colonial Secretary Lytton established the Colony on two key principles.

Lytton instructed Douglas that he should welcome “All peaceful settlers without regard to nation”. He said that “Naturalization should be granted to all who desire it”. Because this involved swearing allegiance to Queen Victoria many US miners left the Colony.

Douglas invited 600 black settlers fleeing persecution in the US and found a legal loophole so they could vote for the first time. He also welcomed Hawaiians who were forced to leave Oregon by race laws there as well as Chinese from California.

The Colony of British Columbia only lasted for 12 years. As soon as he was gone the democratically elected leaders started to undo many of Douglas’s policies. They reduced the size of the reserves and introduced mandatory residential schools and banned the potlatch.

The QM Institute for Civic Leadership in Vancouver British Columbia offers online and in-person learning sessions to encourage and support civic leadership in nonprofits, business or local government on the principles of stability and prosperity. The first sessions are hosted by Sam Sullivan under the title, “Things I wish I knew before I became Mayor”. You can learn more and sign up here: https://qminstitute.ca​

Kumtuks is a video blog that shares knowledge and explores new narratives in support of QMI. Some quotes and descriptors have been adjusted for clarity and brevity. Please subscribe if you would like to be notified of new videos. If you would like to receive additional commentary and notices and support more videos https://www.patreon.com/kumtuks​.