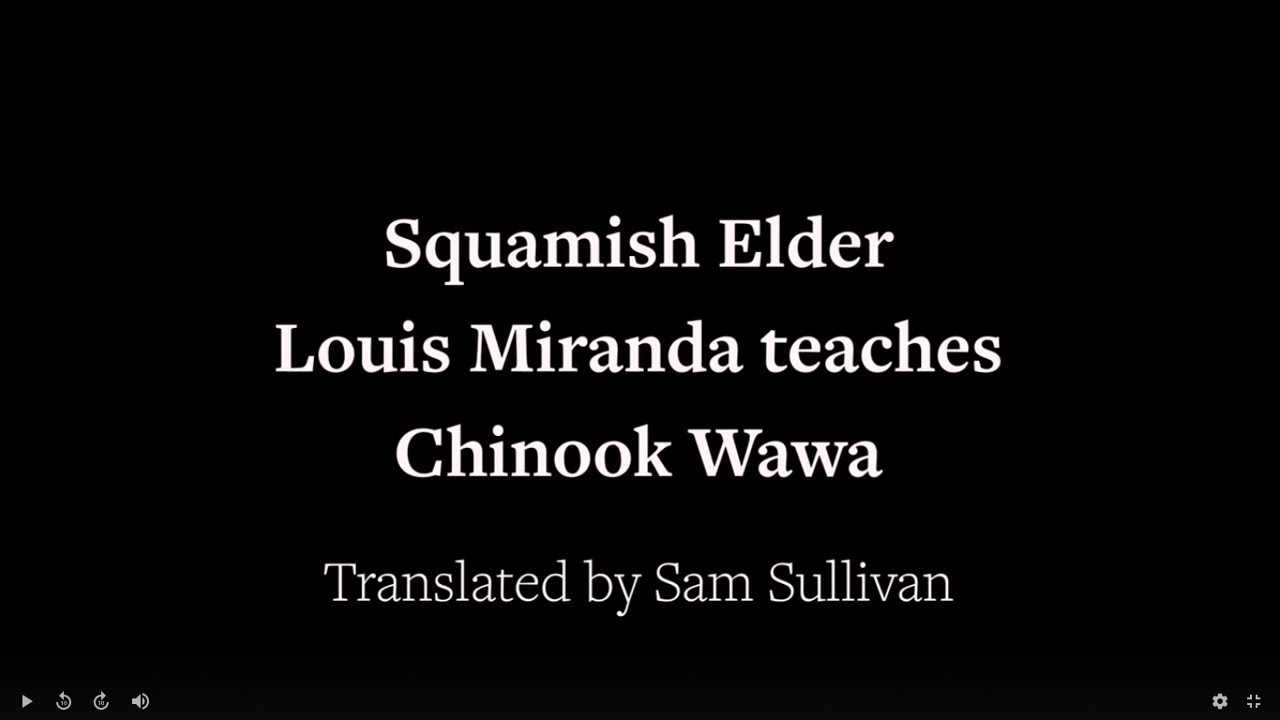 Mungo Martin, Louis Miranda, Jimmy John, and Dan Cranmer are all heard in this series.

This is part of a series of recordings of aboriginal and non aboriginal elders speaking Chinook Wawa in 1950s, 60s and 70s in British Columbia.

Chinook Wawa is intimately linked with the history of the province. Its core is Nuu-chah-nulth (Nootka), Chinook, Chehalis (Salishan), French, English, Cree and several other aboriginal languages.

Global Civic Policy Society is working with Professor Jay Powell, the only remaining speaker in British Columbia, to raise awareness of this important historic language.