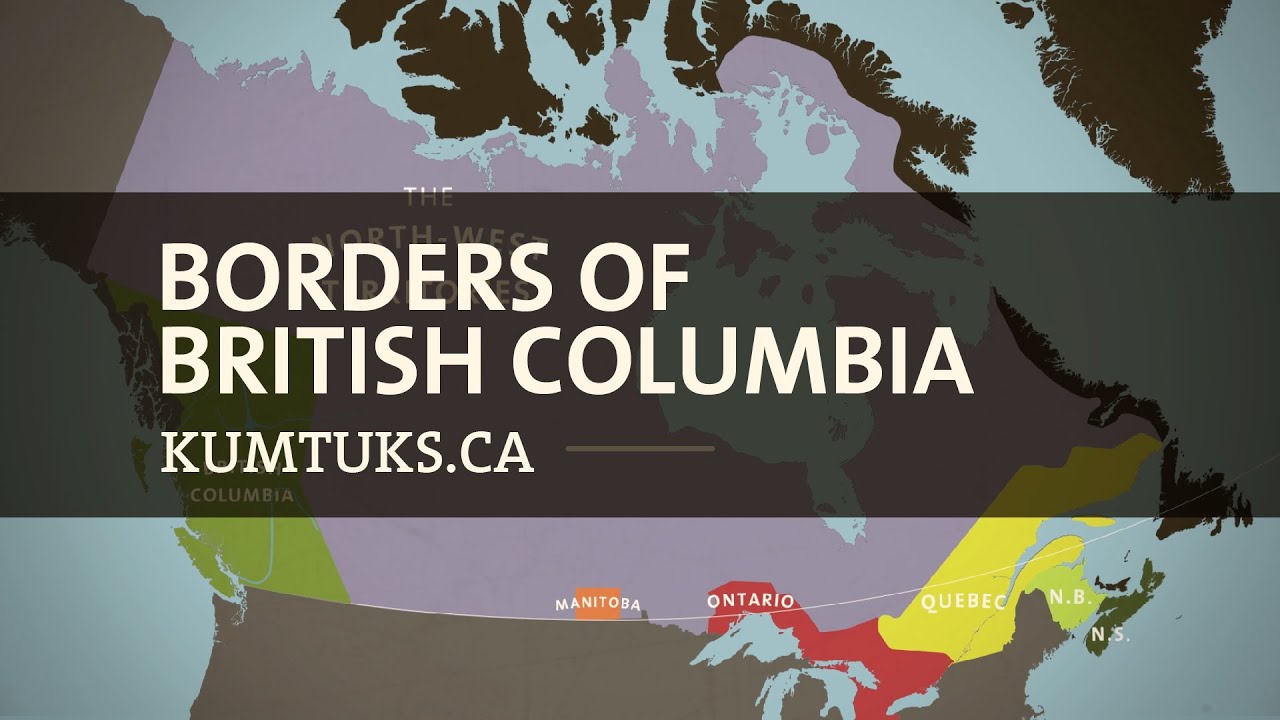 BC is bigger than France and Germany combined. Four times the size of Britain. Almost three times that of Japan.

First of all, the US purchased the Louisiana Territory from France. Similarly, the Hudson Bay Company State was granted its watershed from Britain. They agreed to compromise at a 49th parallel border, extended to the Pacific Ocean around Vancouver Island.

Britain neglected to clarify the San Juan Islands. German Kaiser Wilhelm was asked to arbitrate; he gave the islands to the US.

In 1851, a minor Gold Rush in Haida Gwaii led Britain to declare it a Crown Colony as well. Meanwhile, The Honourable Hudson Bay Company governed to the coast until its agreement expired in 1859.

Similarly, the Fraser Canyon Gold Rush led Britain to declare New Caledonia a Colony to the Finlay and Nass Rivers. It was renamed British Columbia after the lost territory south of the 49th parallel. par.

The Stikine Gold Rush led Britain to add the Northwest up to the 60th parallel. When gold was discovered in the Omenica and Peace Rivers, it added the North East up to longtitude 120, just outside the territory the Honorable Company governed.
Russian Czar Paul I had claimed land to the 55th parallel. Because this cut through Prince of Wales Island it was adjusted to 54-40. The Alaska Panhandle was leased from Russia by the Honorable Company but when the US purchased Alaska, it was lost.

Now that it had Alaska, the US wanted to annex the whole west coast. It demanded Civil War disputes with Britain be settled in exchange for British Columbia. Local agitators petitioned the U.S. Congress to annex BC.

British Prime Minister Gladstone refused and paid the US fifteen million dollars instead.

The details of the Alaska border were settled in favour of the US after President Roosevelt threatened to invade. With all BC borders secured and the Province integrated into Canada, the British Fleet left Esquimalt.

Britain expanded the boundaries of British Columbia to almost 1,000,000 km² and paid the cost to defend it in part because of its confidence in James Douglas. Together they secured the future of the place we call British Columbia.